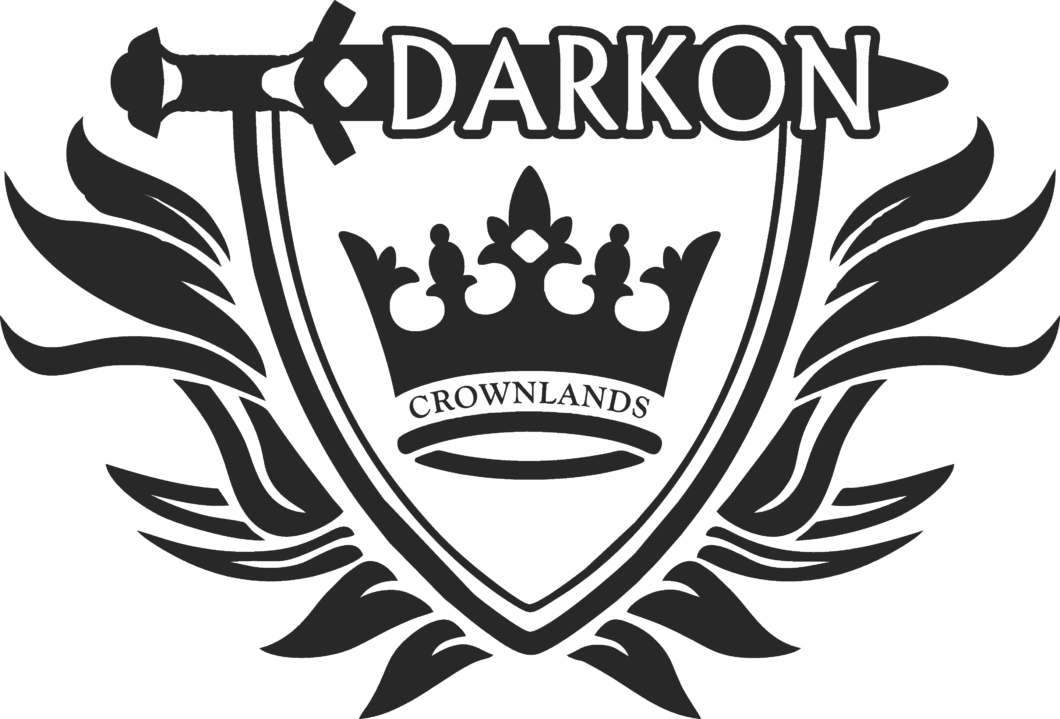 Darkon: Crownlands is the home and founding chapter of the Darkon Wargaming Club. We are a non-profit battle gaming and live-action role-playing (LARP) club in the United States based in the Maryland and Washington, DC Metro area.

Founded in 1985 and built upon the rules of the now-defunct Emarthnguarth Outdoor Wargaming System, Darkon grew from a handful of LARP enthusiasts to almost 2,000 members in 2005, with a small number of chapters dotting the country.

Darkon is notable for its age and media coverage. The club was featured on two Fox News broadcasts and in a CNN story by Oliver Janney. On June 3, 2009, a segment featuring several members of the Club was featured on National Public Radio. There is also an award-winning feature-length documentary based on the club, Darkon.

Darkon: Crownlands meets every other Sunday across the Maryland/Virginia/Washington DC area for regular day events and the Darkon Wargaming Club site you are on right now serves as the central website for this chapter. Check out our schedule for our list of events- which also includes some large scale cross chapter events including the annual Feast in the Fall and Bellum Aeternus in the Spring.