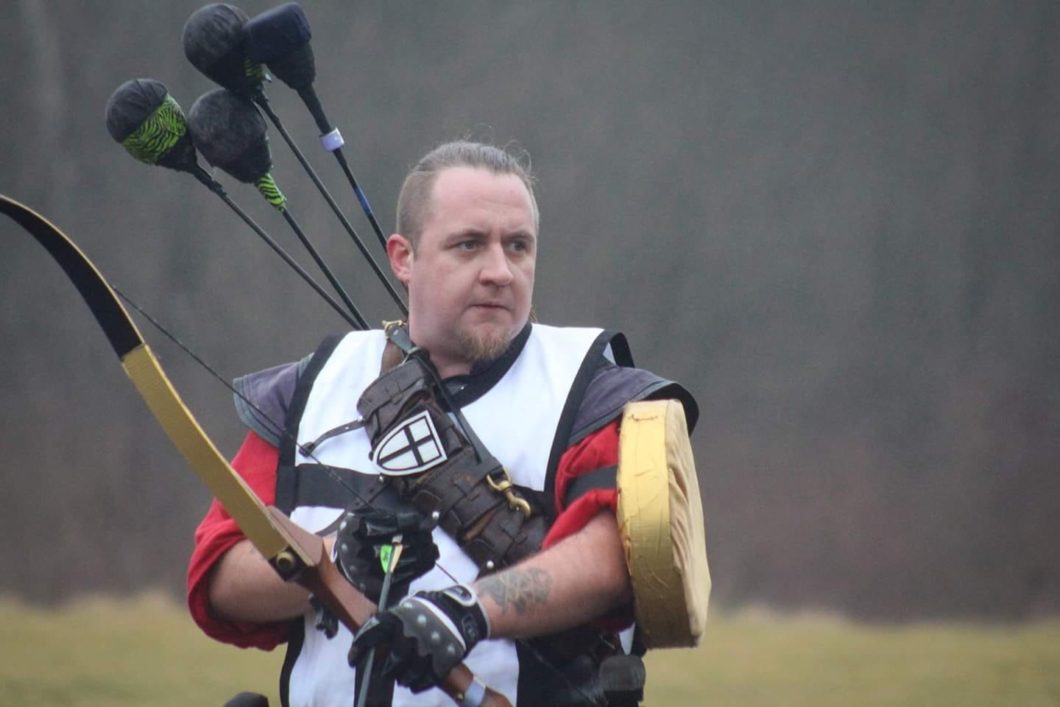 Warrior Mages are characters that have divided their time between martial pursuits and the study of the arcane. Accordingly, while
they enjoy a greater proficiency with weapons and some facility with armor, they lack some of the Mage’s mastery of magic. They are not permitted to use a shield of any kind, but they may use any weapon. They may wear armor of no greater than AC 2.

Press my hands one to the other
And feel the heat as it burns together
Flames lick far, and flames lick true
Because they’re ready to catch onto you (Recite four times)

I lock the door, I lock the gate
To ensure you don’t follow me when I retreat
You won’t need a pick to get through that door
Unless it’s made of magic you’ll stay way back there (Recite three times)

The air is cold and sharp and white
But against a blanket is made of might
Turn your shoulder, wrap it tight
That warmth will keep you safe at night

Fur and felt and fleece will save you
From the reach of the cold that wants to destroy you
Wrap up your faces, fingers and toes
Lest the ice take them and add to your woes (Recite five times)

The wind blows fast, the wind blows strong
As ice comes in a vicious storm
It throws down spears and hail and rain
The ice so cold you forget your name
A storm of magic a storm of chill
A storm so dark none survive it still (Recite five times)

I require armor, strong thick and true
But armor of a different kind than what I see on you
Its made of magic hard as a rock
So that all of the hits that would kill me will stop (Recite five times)

Fire, fire burning bright
against the specter of the night
Against your heat I seek to hide
I ask in humility free from pride
Save me from the flames and blight
Protect me until we reach dawn’s light
A cloak of magic, A cloak to cling,
A cloak from which we hide within
It spreads out wide and holds the flames back
That I not be injured by this magic attack (Recite five times)

Time to grow large, Time to get bigger
With feet large as trashcans, no time to wither
Being a giant requires a hand
So stand taller my friend in this strange land
The earth falls far away, your head now much taller
As your muscles grow stronger there’s no need to holler
Larger and stronger more ready to fight
Stretch out those limbs, twist them left and right (Recite five times)

I charge this staff, this dagger, this weapon
So with it we may avoid a war of attrition
Imbue it with lightning, or ice or flame
Then may it attack, and wound and maim

And artifacts too I may recharge for the night
So that their abilities might give you a terrible fright
Each one of them is different, but this spell is the same
I recharge these items and have none else to blame (Recite five times)

This wall is thick and firm and strong
To slowly dig through it would take far too long
The masonry made of stone of great quality
Expensively built in a time of great joviality
But I have a plan, a scheme, an idea
A way to break through a practical panacea

This spell I cast to turn wall into gate
Open it up when I concentrate
Lets me walk through and I bring a friend with me
Past the wall that I’ve parted before, see? (Recite five times)

Armor is heavy and clunky and loud
It makes it quite hard to sneak through a crowd
If you want to survive what you need to find
Is something in between, a very special kind
All it takes is the spell
And then you’ll survive a surprising death knell

The spell turns your skin hard as steel
Bends bronze weapons and makes them kneel
Lets you take shots from swords, clubs and bows
But you won’t feel it, heavenn knows
From squishy to tink you’ll transform in an instant
So that you survive even when you think you wouldn’t (Recite five times)

So here I have this stone I found
Inside a hole deep in the ground
It has a secret that I keep
Behind these lips, inside these feet
A secret found in winters haze
Through summers glare and drunken days

My stone appears to take and keep
The spells I cast, each day, each week
It holds them there
With its gray gaze

I cast them, speak them, throw them at you
So I don’t die, but you do
And thats the secret my stone keeps
Its bit of magic, its hidden feat
So I won’t tell
Neither will you
About this nature magic I somehow withdrew (Recite three times)

A spell I cast, a spell I seek
To protect me from the harm that my many foes seek
I need to hide from other mages
Whose voice echoes above their spellbook pages
They send out fire, they send out ice
And both will kill me if I don’t think twice
I need protection from magic arcane
From focused attacks meant to drive me insane