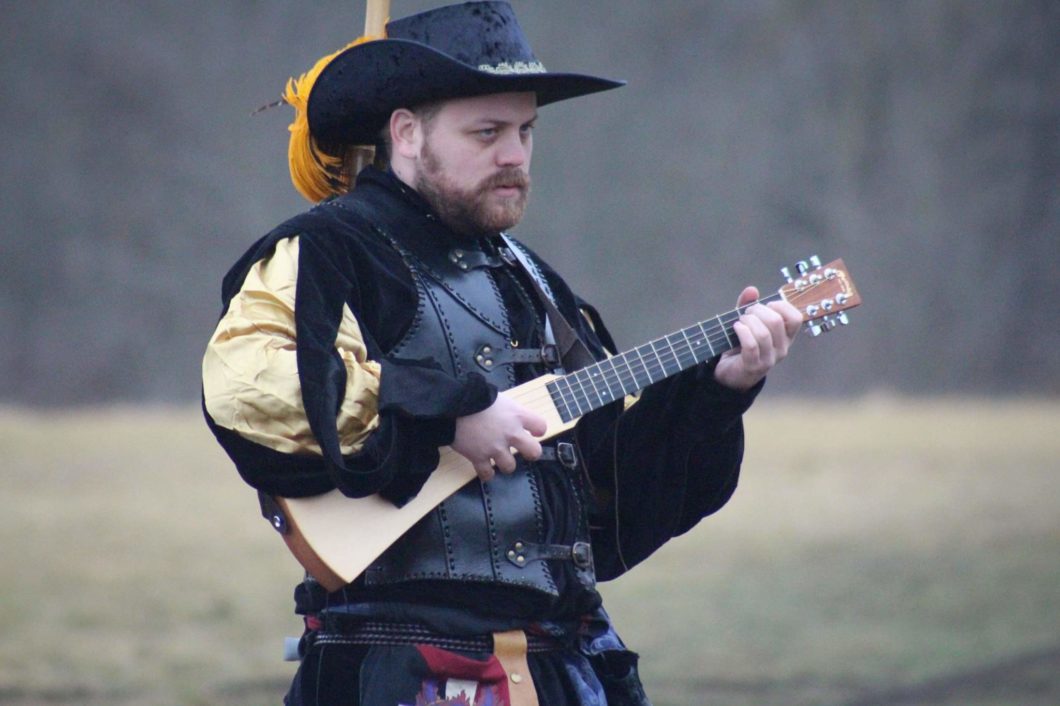 Bards are skalds, minstrels, musicians, and storytellers who bolster other players with their songs and oratory. Bards may use any
non-Black weapon under 6’ in length, may wear armor of no greater than AC 2 and may use a shield of no more than 24” at its
widest point.

Bards augment players with their Bardic Song which may consist of singing, played music or oratory. Music and singing may not rely on modern devices or be delivered in a way to agitate players or disrupt gameplay. If oratory is used it must be approved by an elder as being in character and consistent with good roleplay.

Magic has a certain sound
A ringing bell above the ground
Not quite mellow, not quite shrill (Recite twice)

There’s a trap, a ruse, a trick
A clever ploy to make it stick
I know that it’s here
No it won’t hide from me (Recite three times)

Gods hear me now
Please heed my plea
Send me armor strong and true
Armor I know, comes from you (Recite five times)

There are no spells at this level